Legal disclaimer please read: The items for sale here are intended for laboratory and research use only, unless otherwise explicitly stated. You must be at least 18 (eighteen) years of age to purchase goods on this website. The listing of an item on this site does not constitute a license to, or a recommendation for its use. It is understood that all of the items purchased here will be handled only by qualified and trained individuals. 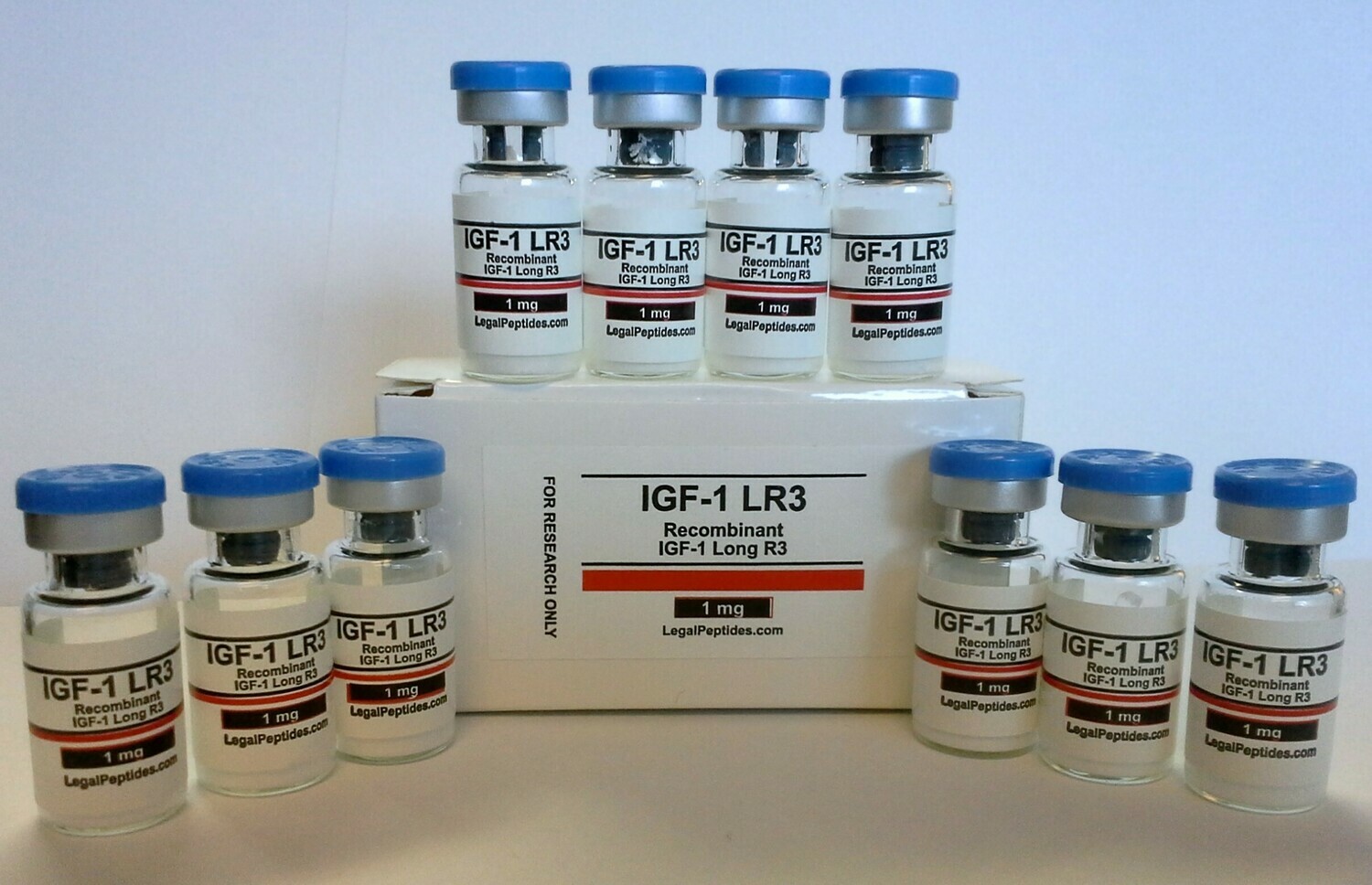 The insulin-like growth factors (IGFs) are peptides with sequence similarities to insulin. IGF-1 is mainly secreted by the liver via stimulation of GH (growth hormone); this is the primary mechanism of what is known as the IGF/GH axis. IGF-1 plays a role in both normal, healthy bodily processes as well as other disease states.

Save this product for later
Display prices in: USD

First, what are peptides? They are defined as a compound of two or more amino acids in which a carboxyl group of one is united with an amino group of another. With the elimination of a molecule of water, a peptide bond is formed. Simply put, they are basically just small proteins. Technically, anything with fewer than 50 amino acids is considered a peptide although this is not a hard and fast rule. A di-peptide is made up of two amino acids joined by one peptide bond. Tri-peptides are three amino acids bound by two peptides. So forth and so on. A polypeptide is just a long, unbranched chain of amino acids joined by peptide bonds that is not complex enough to be referred to as a protein. (Proteins are made up of polypeptides.)

Peptides, as we mentioned are made from amino acids. So, intake and production of amino acids is necessary for production of all the peptides needed for the body to work efficiently. Of course, as we age and we go through different times in our lives with different diets, stress, and physical changes some essential amino acids and peptide production is down-regulated. For example, insulin-like growth factor (IGF-1) production is reduced naturally when we are stressed and also as we age. Peptides have many functions in the body, some act like neurotransmitters, others like hormones. Many control and influence how our bodies react to diet and physical exercise. There are also several amino acids that are necessary in a sufficient amount to produce hormones like human growth hormone (HGH). If you aren’t absorbing or making enough of those amino acids, your production of that hormone will be lowered. Those of us interested in fitness and athletic goals, of course, are interested in counteracting these down-regulations so that we can maximize our bodies ability to recover, perform, and meet athletic goals.

Amino acid supplementation is pretty common among fitness buffs, but peptide supplementation is becoming more common. What’s the advantage? Well, peptides are digested and used more readily by the body as they are smaller and your body doesn’t have to break down a larger molecule. Also, peptides are more stable in the body and therefore more beneficial than unstable, unbonded amino acids.